Sitemap
What We Offer

Amforge Industries is dedicated to providing a high-quality variety of ASME Flanges. For pipe flanges and flanged fittings, ASME Flanges includes pressure-temperature ratings, materials, dimensions, tolerances, labelling, testing, and methods of identifying apertures. Two separate seals are included in the flange face design. The initial seal is formed by applying seal seating force to the flange heel. However, ensuring the operation of this seal is not straightforward. At normal temperatures, the heel contact should be maintained for pressure levels up to 1/8 of the flange rating.

We offer our finest goods in Mumbai, Navi Mumbai, Thane, and all over India as top manufacturers, suppliers, providers, wholesalers, stockiest, traders, and exporters. ASME Flanges are meant to ensure the safety of pipes. The design is intended to keep oxygen and other corrosive elements out. In a wide range of industries and applications around the world, ASME research, development, and certification establish a high standard for strength, durability, and performance. The ASME B16.47 standard is split into ASME B16.47 series A and ASME B16.47 series B flanges for Blind and Weldneck flanges, respectively. The API 605 flange was originally known as the Series B flange. The terms B16.47, B16.47, and ANSI B16.47 are all interchangeable terms that relate to the same standard. ASME B16.47 Series A flanges are more costly than ASME B16.47 Series B flanges from a commercial standpoint. In general, ASME B16 47 Series A flanges are significantly thicker, heavier, and stronger than Series B flanges of the same size and pressure rating, allowing them to bear higher external force. 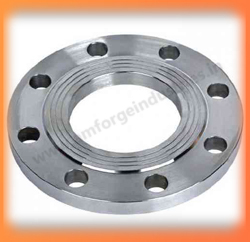